This session will look at how different departments within CLE organizations can work collaboratively in order to develop, create, and build better shared resources. It will focus on how to build off institutes, seminars, sessions, and materials that organizations have already planned or created, and how to use materials and sessions in new formats to reach a wider audience.

Matt is the Director of Programming at the Legal Education Society of Alberta. A former practicing lawyer and former high school teacher, Matt is so happy to have found a way to blend the two professions in CLE! When not working, Matt enjoys spending time with his family and working on his backyard skating rink. 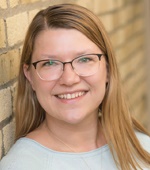 Megan K. Lefebvre Megan has been a Publications Attorney at Minnesota CLE since June 2011. She received her Juris Doctorate from Hamline University School of Law, and also has a Masters in Library and Information Sciences from St. Catherine’s University and a Bachelor of Arts degree in English from the University of Minnesota, Duluth. Prior to joining Minnesota CLE, she worked at Thomson Reuters as a Legal Content Associate, and at the Washington County Law Library. Megan has been a member of ACLEA since 2012. She is an avid reader, traveler, and dedicated life-long learner. 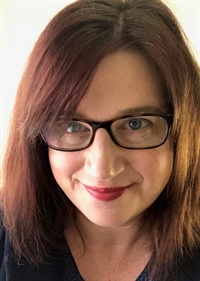 Megan Knox Moore is the Co-Executive Director and Director of Programs for the Illinois Institute for Continuing Legal Education. Megan joined the Institute staff in 2006 as a Program Attorney, later serving as Director of Publications and then Director of Programs before moving into her current role as Co-Executive Director in 2020. Before joining IICLE, Megan was a Staff Attorney for the Legislative Reference Bureau, where she drafted legislation and advised members of the Illinois General Assembly and their staffs on legislative proposals concerning local government, taxation, public utilities, and financial regulation. Megan earned her J.D. from Vermont Law School, where she graduated with a General Practice Program distinction. She was admitted to the practice of law in Illinois in 2003. She also holds a B.A. in English, cum laude, with University Honors, from Southern Illinois University at Carbondale. Megan is an active in a number of professional organizations, including the Illinois State Bar Association and the Chicago Bar Association. She is also active in the Association for Continuing Legal Education (ACLEA), where she has served in leadership roles for a variety of initiatives. Currently she is co-chair of the Online Learning Committee. Megan and her husband, Shaun, have two daughters, Cameron and Madelyn, and a son, Ian. In her spare time, Megan enjoys traveling abroad, watching British murder mysteries, listening to true crime podcasts, attempting to complete at least one crochet project, and doing the New York Times Sunday crossword even if she has to google some of the answers.